Is Your Marriage Legally Recognised in Australia? 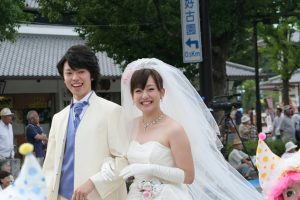 Are you flirting with the idea of an overseas elopement, but aren’t sure if you’ll need to remarry when you get back home? Or perhaps you’re already married and need to know if your overseas union is recognised in Australia? If so, this blog is for you!

According to the Marriage Act of 1961, if your marriage was valid under the laws of the country in which you were initially married, it will usually be recognised by the Australian government, and you won’t have to remarry.

To have your marriage recognised, you’ll need to show your original marriage certificate, a certified copy, or a “record of marriage issued by a competent authority in a foreign country” to your local births, deaths and marriages registry.

Reasons Your Marriage Won’t Be Recognised

Sometimes an overseas marriage won’t be valid in Australia, either because it isn’t a proper legal contract or it doesn’t fit the Australian government’s definition of marriage.

Your overseas marriage may be invalid if:

Does Marrying an Australian Automatically Give Me Rights to Live There?

Marriage doesn’t mean you automatically can live in Australia – you still need to be approved for a valid partner visa.

To find out more about family or migration law, contact Phoenix Law & Associates on 07 3607 3274 for an obligation-free confidential discussion, or email us at info@phoenix-law.com.au.