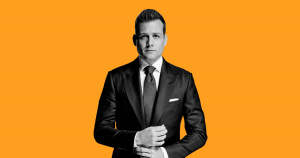 Here’s a question for anyone who has ever tried to win an argument with a lawyer:
At what point did you realise that you might be better off just lying down and playing dead until they’ve made their point? Five minutes? Two hours? Ten years?

When it comes to making an argument, great lawyers rely on three traits: Tenacity, objectivity and outcome-driven strategy.

The good news for you is that anyone can learn how to use these mental tools to win a debate. Read on, and you’ll be in with a fighting chance the next time you’ve got a bone to pick!

Good lawyers win arguments not by muddying the waters, but by sticking to one or two key issues and refusing to deviate from them.

Arguments are not the place to blurt out hypotheticals and half-baked ideas. Avoid the natural urge to bring up unrelated matters when you feel like you’re losing. And, if the other party does this, politely let them know you’ll discuss other issues once you’ve resolved the matter at hand.

2. Stay Cool At All Costs

There is a good reason that lawyers have a reputation for being cold, emotionless creatures (sharks, if you will): This kind of objectivity is what allows you to make informed, balanced decisions.

When you’re arguing with someone remember:

Stick to the facts: Gather as much relevant information you can before you engage in any debate.
Avoid making assumptions: Ask questions instead of making assumptions about other people’s actions or motives.
Take a break when things get heated: If the argument devolves into a name-calling match or someone starts threatening or shouting, call a recess. Whether it is ten minutes or a whole day, this break will give both parties time to calm down, talk to trusted advisors and decide how they want to proceed.

3. Determine What You Want to Achieve Before You Start

Television lawyers are best known for issuing verbal smackdowns. Their fictional adversaries are left reeling, they strut back to their seats looking insufferably smug and their clients can’t seem to get enough of their witty one-liners.

Always consider your end game before engaging in an argument or a debate:

Asking yourself “Does saying [x] increase or decrease my chances of achieving [y]?” will exponentially increase the likelihood of you getting what you want in the end.