A Look at Domestic Violence 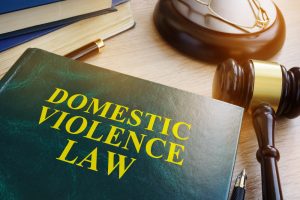 With so much domestic violence happening across Australia, the law has had to step up and create laws around the field that previously did not exist. In this article, we explore these laws, as well as possible compensation payments.

Although domestic violence was previously considered to be simply physical, it is now considered as occurring in many ways including emotional abuse, economic control, intimidation and even threats of violence.

Although children and women are most at risk and the highest instances of domestic violence occur in rural and regional communities, it can happen to anyone, including men.

Over the years, the government has released different strategies of combatting domestic violence. These have included Women’s Safety initiatives, the National Initiative to Combat Sexual Assault that has over $16.5 million in funding, and further investments into procedures of caring for victims’ post-assault.

Victim compensation, while a relatively new idea, has been gaining social momentum as the society recognises the importance of compensating victims in the criminal process. This is because, even though the offender should pay for the harms they have committed, the victim will also likely continue to experience hardship as a result of the offender’s actions.

Although new legislation does allow for compensation, avenues of compensation are not exclusively legalisation based. Victims can also receive compensation in three main ways.

When going to the civil courts, victims typically claim that a tort has been committed and they are owed compensation.

Another common approach taken by victims is that of receiving an order that an offender should pay reparation or restitution for what they have done. This is given as part of the offender’s sentence.

The last way in which victims can claim compensation is through a statutory compensation scheme, in which the government assesses their eligibility and then provides compensation.

All Australian states and territories have legislation allowing victims to claim compensation. These schemes range from state to state, but generally aid with recovery and support, while also acknowledging that they have indeed suffered a crime.

Need Advice or Assistance with your Domestic Violence Claim?

If you’re looking for guidance during your domestic violence claim, speak to our experienced lawyers in Brisbane. As members of the Queensland Law Society, our lawyers will examine your individual circumstances and offer timely advice on the best pathway forward.