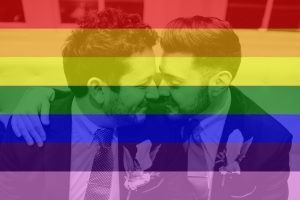 Are you wondering what all the fuss is about when it comes to marriage equality?

If you, like many Australians, think same-sex couples had all the rights they needed before the Marriage Amendment Bill 2017 was passed last year, you’ll be surprised to know just how much this legislation has positively impacted the everyday lives of the LGBTQI community!

Same-sex couples who are married in their country of origin no longer have to prove they are in a “de facto relationship” when it comes to applying for certain visas, permanent residency or citizenship here in Australia. Instead of providing several proofs of living situations and shared expenses and waiting to see if their relationship is valid in the eyes of the law, now showing a marriage certificate will suffice.

And, on the flip-side, overseas same-sex couples who wish to elope in Australia can now do so, which is good news for our booming wedding industry.

Before marriage equality, only heterosexual married couples could use IVF to have a child and then automatically have the non-biological partner legally recognised as the child’s parent.

Now, both members of same-sex married couples will be automatically granted parent status when conceiving through IVF, without needing to prove the existence of a de facto relationship between them.

3. With marriage equality, wills and rights in the event of death are now equal

Married same-sex couples now have the same rights as married heterosexual couples when it comes to the death of their partner:

Their name can be recorded on the death certificate, which makes arranging funerals, life insurance, superannuation and welfare payments easier.

If there is no will, the still living partner will have more of a say over what happens to the deceased’s assets, without the need to prove their relationship status.

4. People can transition without divorcing

Before the most recent amendments to the Marriage Act, married folks who changed genders couldn’t update their birth certificates without first divorcing.

Now, people can transition while staying married and those who identify as neither male nor female will also be able to marry.

If you have questions about any aspect of family law, get in touch with our caring, professional team today by dialling 3607 3274 emailing info@phoenix-law.com.au or filling out our simple online contact form.